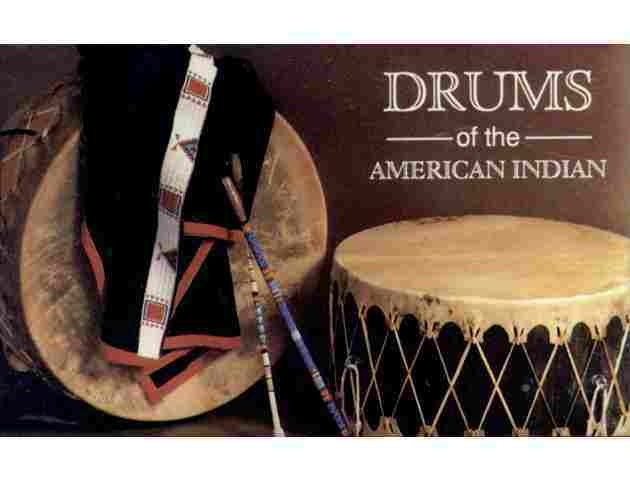 The recording of these two volumes of solo drummings, of which this is the first, would assure Millard Clark a place in musical history even if he didn't have so many other things going on, from producing records to performing at pow-wows in many nations.
This set deserves the highest of ratings because not only does it succeed totally at what it sets out to do, but it also is a collection of music that can take on any many new levels of importance in the circumstances where it might leak off the reservation, so to speak. Clark himself provides something of a small-print warning that the project contains no singing, drum beats only" and describes the recordings in the company's catalog as being provided primarily for the purposes of dancers who are studying.
It must be perfectly wonderful for this purpose. In fact, it is obvious that it could have many purposes connected to the study of Native American music, least of which would be hipping drummers to what these rhythms actually sound like, so they can drop whatever shtick they picked up off the Lone Ranger. But what happens when you put this music on in other situations, such as in your home, or turned up very loud, in a car driving down the street with the windows rolled down?
The shifting of perceptions possible and no doubt probable in situations such as these is a cultural phenomenon worth exploring. For example, the listener who loves to become absorbed in the manifold details of a single, perfectly executed sound will no doubt fall in love with these recordings. One of Clark's goals with his Indian Sounds label is to make recordings that are technically superior, and this aspect really is a big part of why these pieces come across so splendidly. Now, out in a car stereo, try putting on "Slow Beat" and see what happens. The single beats are separated by gaps of time that sometimes seem long enough for one to place a food order, although this is only an illusion. If the meaningless clatter of a typical bad drum solo is hell, than this is heaven.
The sound of the drum is almost indescribable; in some ways it is like having one's head inside a drum, but no ordinary floor tom. Every drum beat on these recordings is shadowed by the sound of buzzing or rattling, a presence that sometimes takes on a pitch, sometimes just a hue. "Gourd Dance Beat Accompanied by Gourd Rattle" is a deliciously thick mass of noise that one can sink one's mental hand into with much less mess than a rotten calabash. Finally, it must be reported that "Medium War Dance Beat" scored a clear win against several unidentified rap tracks in a stoplight showdown, accompanied with nods of respect. ~ Eugene Chadbourne, All Music Guide