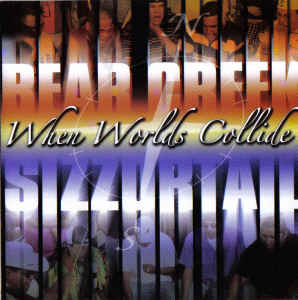 Bear Creek & Sizzortail – “When World’s Collide”
This collaborative release captures the sounds of championship Northern and Southern singing. Both groups have earned various awards along with singing championships all over the United States and Canada. The name, “When World’s Collide” comes from the combination of Northern singing and southern singing on the same release and is finalied on the last track when both groups sing together, starting out southern for the first two verses and finishing northern in the last two. This album was recorded live in Mayetta, Kansas.